Drain Cleaning Equipment Explained: Learn What We Might Use to Clean Your Drains

Drain Cleaning Equipment Explained: Learn What We Might Use to Clean Your Drains 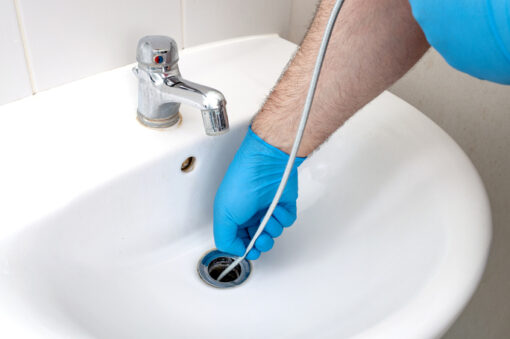 The good news is that you do not need to know about all the latest in drain cleaning equipment because you have Preferred Plumbing and Rooter Service here to help with all your drain cleaning and clogged drain needs. That said, we know that many of our clients are curious about the equipment we use. Keep reading to get the facts about commercial-grade plumbing products and then contact us at (877) 298-8105 for help.

It is possible to use a drain auger to break up blockages because of the tight coiling of the metal wire cable. However, the cable must be flexible to go through all of the twists and connections in your plumbing drain pipes.

Depending on the size and kind of pipe (Orangeburg, Clay, Cast Iron, PVC), the form of drain auger being used, and the type of blockage (paper, grease, roots, sludge) that has to be removed, several types of heads can be fitted to the pipe. Using an auger, you may clear a blockage produced by solid but reducible material such as tree / plant roots and restore free flow of water and waste items.

Smaller, more lightweight obstacles can become entangled in the drain auger cable, allowing the plumber to draw it out via the point of entry by pulling on the cable. In addition, when the drain auger spins through the pipe, it thrashes against the inside pipe walls, which aids in drain cleaning by dislodging oil, sludge, and mineral deposits that have accumulated.

Hand handled drain augers are used for cleaning smaller drains, such as those in lavatory sinks and bathtub drains, without the need for a power source. In order to swiftly spin the cable as it passes through the blocked pipe, the operator cranks a crank (some versions come with an electric drill attachment option) while the pipe is being cleaned.

The 14-inch cable found on the majority of hand-held drain augers should never be utilized in a drain with a diameter more than two inches. The majority of the time, they are inefficient at entirely removing the obstruction in bigger pipes and can quickly become twisted in the pipe, making removal extremely difficult.

It is not suggested to use cable style drain augers into the bowl of flush toilets because they can damage the toilet bowl. The wire has the potential to scratch the porcelain surface. In addition, as previously stated, toilets have big diameter drain pipes, which allows the tiny diameter auger wire to become twisted and entangled within the toilet’s interior.

The toilet drain auger pushes a shorter length of drain cleaning wire through a length of tubing that has been connected together. The auger’s hooked shape makes it easier to insert it into the toilet’s drain pipes when it is blocked. It is designed to protect the porcelain finish of the toilet bowl by having a rubber or plastic sleeve at one end of the auger’s hooked portion.

Several toilet jams are caused by the “S” shaped trap placed into the bowl, which prevents sewage gases from entering the toilet bowl. The shorter cable of the toilet auger is typically sufficient for reducing the size of toilet blockages or retrieving the source of the obstruction in the majority of cases.

On the other side, utilizing toilet augers can occasionally result in a blockage being pushed farther down into the drain system than the auger is meant to reach. Depending on the situation, it may be necessary to remove the toilet and use a more powerful drain cleaning instrument. This is a drain cable machine, which is also referred to as a “plumbers snake.”