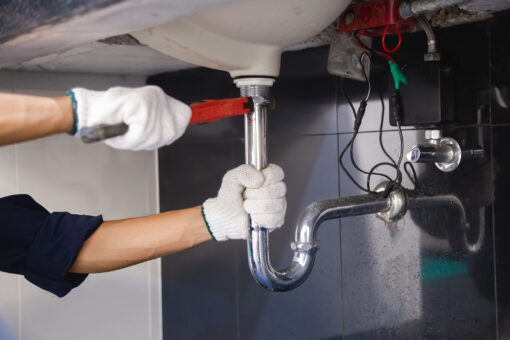 It is incredibly easy to take our toilets for granted, but we often forget that, not too long ago, people lacked even the most basic plumbing infrastructure as we know it today. Let’s go over a brief overview and discuss some easy plumbing tips you can implement today.

A history of plumbing

At its core, plumbing is the art of working with pipes, tubing, and other infrastructure for the distribution and use of water. The earliest iteration of plumbing appeared around 2700 B.C.E. among Indus Valley Civilizations in China, India, Egypt, and other places. These people developed public baths and provided potable water as well as the elimination of wastes.

Over time, plumbing was refined to the point of becoming what we know today. Take, for example, toilets: known as “potties” during the Middle Ages, they were small basins where people deposited their urine and excrement before throwing their contents out their windows…then, in the 19th century, King Edward II hired a man known as Thomas Crapper to build lavatories in several royal palaces; along with contemporaries George Jennings, Thomas Twyford, Edward Johns, and Henry Doultron, they began the production of toilets we see today.

Plumbing equipment typically includes items such as water meters, pumps, filters, water softeners, gauges, and much, much more. Pipes and tubes are particularly noteworthy as they are the main vehicles that allow for the passage of water.

The materials that we use for our plumbing infrastructure have changed a lot over the years. In accent times, water systems primarily consisted of clay or stone pipes. These days, we have pipes that are made out of steel, copper, plastic, and other nontoxic materials. We stopped using lead materials long ago, but people back in ancient unfortunately did not know any better. Another difference is that people used to rely on gravity for the supply of water whereas we now have high-pressure pumps.

Here are some fun and interesting plumbing-related facts for your consideration:

Now that you know where your toilet comes from, it’s time to treat it with some respect. Preferred Plumbing & Rooter Services offers only the best of the very best; give us a call today to discuss what we can do for you in the Los Angeles area: (877) 298-8105.